I think the thing that frustrates most people about the process of coming up with ideas is that they believe in a singular moment of creative clarity. That there is an individual “A-HA!” moment where the perfect idea presents itself to the person who needs that exact idea at that exact moment.

The process is far more convoluted and rife with false starts, blind alleys, dead ends, return-to-start moments than anyone ever suspects. 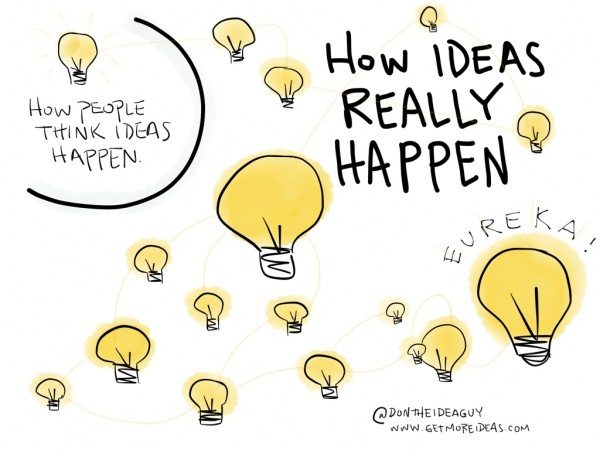 Adopting and developing these individual characteristics will make you far more likely to find that one great idea when you need it, but only because you were willing to sort through many more not-so-great ideas in preparation of a future “Eureka!” moment.

Do You Deserve A Return Phone Call?

Just like you, I get a ton of emails and phone calls and LinkedIn messages from complete strangers reaching out to me for the very first time and asking me to do something for them — usually to return a phone call (or email) to entertain a pitch for their services, give them information about […]

Nobody Wants To Hear Your Idea

Most people don’t want to hear your idea because they have plenty of ideas of their own. They don’t want to add another idea to their list of things that remain undone. I learned this fact while marketing my brainstorming-for-hire services. I sold many one-on-one idea generation sessions, but I found there was more need […]

What kinds of ideas are you looking for?

Cool Stuff For You